Sorry to disappoint those who already showed interest but didn't make a decision in time. 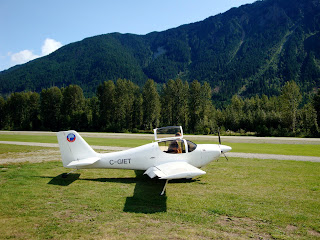 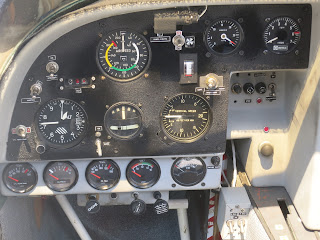 The aircraft has a 70 litre  (18.2 gals) fuel tank in the fuselage, with a 20 min. reserve setting.  Radio is a Garmin SL 40, with PTT buttons on both control sticks, as are elevator trim switches. 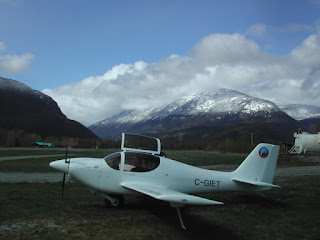 A Garmin SL70 transponder with an Ameri King altitude encoder and a Garmin GPS 196 on a holder with power supply from the electrical system are also installed.

Climb-out with landing-gear and flaps retracted is 1000 ft/min, cruise at 130 knots with 19 l per hour fuel consumption, giving a range of 400 miles with the present prop-pitch setting. Landing speed is 55 knots over the numbers.
All flight and engine instruments are analog and work well for VFR. The UK made Navigator compass is mounted on the top of the windshield -frame  and is very good. 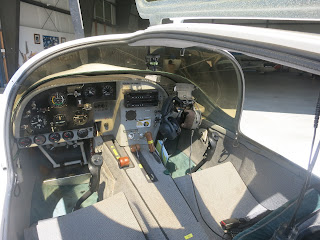 Notable factory approved upgrades: most, carried out during the original build, are features of the new XS model; they include enlarging of the luggage compartment, XS tail wheel with push-rod activated rudder, heavier main-pins, larger oil-cooler and gas-collator at the lowest point of the fuel system, with fuel drain.  Stainless steel exhaust system. 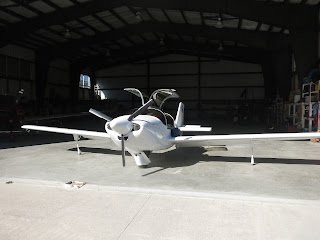 The Europa Classic,  unlike the quick-build XS, is built with foam-core, surrounded and reinforced by glass-fiber lay-ups.  They will therefore float forever in an emergency landing on water. It has been successfully done! though fortunately not by me!    The aircraft is designed to be quickly dismantled and put on a trailer, similar to a boat-trailer.  It can then be stored in a single car garage. In my case, the plane has always been hangared.  However, a much sought after trailer is included and fits into garage when loaded.

Why did I choose to build the Europa?
When I retired, I began to look for a home-built aircraft project. I read some very interesting reports about the Europa, which had been designed by Ivan Shaw in the U.K. and was being developed into a kit.  My many hours and years in gliding meant I had flown in some 25 different types of aircraft designs and construction with the latest being fiberglass.  It also meant I had worked with many materials and already had experience working with fibreglass while helping in the local glider club with minor repairs. The literature regarding such repairs had become available at that time as well so I felt very confident about building in fiberglass. 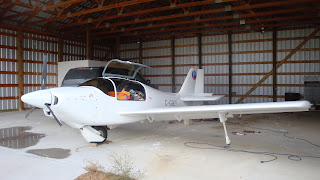 My wife, also a glider pilot, was in England at that time and managed to visit one of the very early builders there. She was most impressed with the quality of the parts and the builder was very enthusiastic about the kit, and rightly so. The Europa is now the most prominent light aircraft in England with large numbers showing up at every fly-in there.
The factory has changed hands a couple of times, but is still selling kits and parts. We also have a very active Europa Club, based in England, with members all over the world.  Any problems encountered have quickly been resolved as it is easy to find advice from many sources. 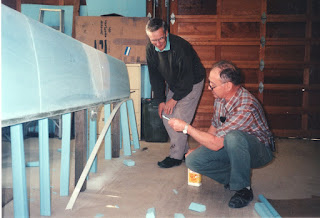 The kit was ordered in 1995 and shipped in large wooden crates, there being no container shipping available at the time. Soon after it arrived I took a check flight in a demonstrator at the Arlington, Wash. airport that spurred on my desire to getting building right away. 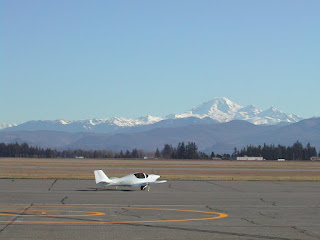 After five years building, mainly in the winter, the plane was ready to fly and I test flew it at CYXX - Abbotsford International  in December 2001. Since then I have test flown another builder’s Europa as well as checked out several builder-pilots some of whom adapted readily while others needed a lot more time as they were not current.   Our Europa is currently in winter storage in a hangar at Pemberton Airport CYPS, a half hour north of the resort town of Whistler, British Columbia.  The runway at Pemberton Airport, B.C., CYPS,  is not plowed in winter but if you are seriously interested  the plane can be seen dismantled on its trailer. 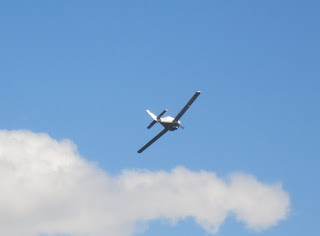 In the air the Europa handles like a dream but it appears that time in gliders as well as flying a variety of other small aircraft is a great advantage when adapting to the mono wheel take-offs and landings.  [Most of my power flight experience was gained towing gliders in a Citabria GCBC so flying the Europa was a pleasant eye opener.]

Home-built aircraft can be maintained by the owner provided s/he has the technical knowledge and experience.  This can result in huge savings as you can do the work yourself with guidance where needed.   People without any technical experience should seek some practical help and guidance from an experienced builder or A.M.E.   All special tools, spare parts and building instructions are included.  By the way, all hardware is American.

At 91 I am ready to part with my Europa though it will be a sad day when I have to say goodbye.  Happily, with continued good health, I look forward to flying my glider in our mountainous valley for a few more years. 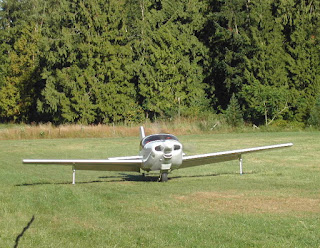 Flying off local farmer's grass strip shortly after completion. One of the advantages of the mono wheel is the ability to land and fly off grass strips.  For this reason the Europa is very popular in Australia and South America. 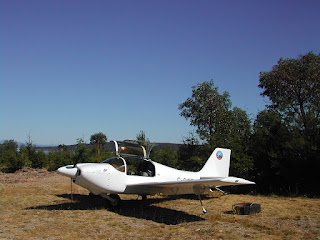 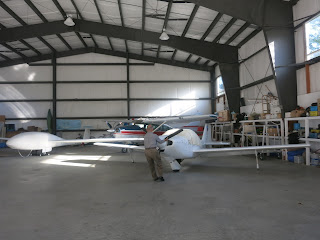 Pulling out for flight
(Our Taurus self launch glider in the background.)  The streamlining cover for the wheel can be seen in this photo. 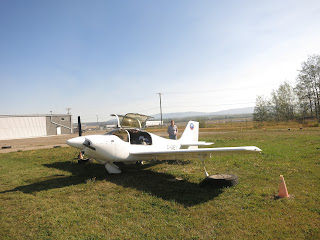 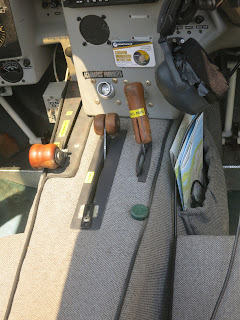 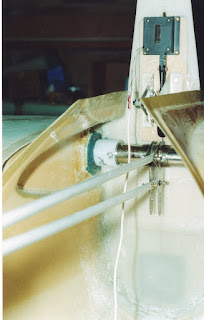 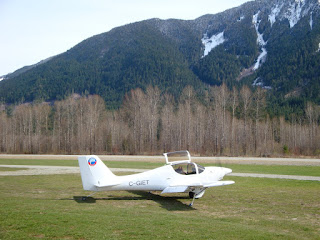 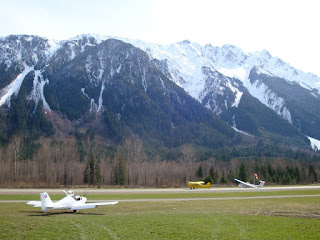 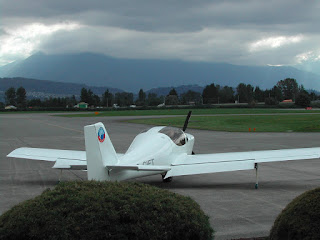